Kandee Ann Kahn was an emergency dispatcher for 37 years. A pioneer for women in law enforcement, she started her dispatching career in Southern California at age 19, a job that was then predominantly held by men. 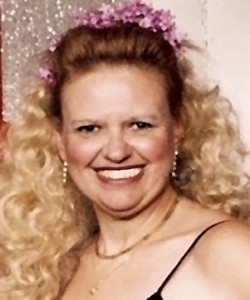 Kandee Ann Kahn passed away in 2010 following a brief illness. Born on November 3, 1950 in Albuquerque, New Mexico to John and Delsie Lueck, Kandee grew up in Southern California. Kandee is survived by her loving husband of 22 years – Bob Kahn and their two children, Robert and Mandee Kahn; her mother Delsie Lueck; brother John Lueck; sister Jonnee Sykes; sister- in-law and brother-in-law Vivian and Gerald Morgan and seven nephews. She was preceded in death by her father John Lueck and her in-laws Inge and Ernest Kahn.

Kandee was a certified hand writing analyst and a published author. Kandee will be greatly missed but will be remembered in all our hearts for her positive personality and her positive outlook in life.

Kandee is the author of crime thriller ‘Dispatched’, available on Amazon.com